The Case for an Indigenous Audiopedia: Protecting Oral Languages and Cultures in the Digital Age 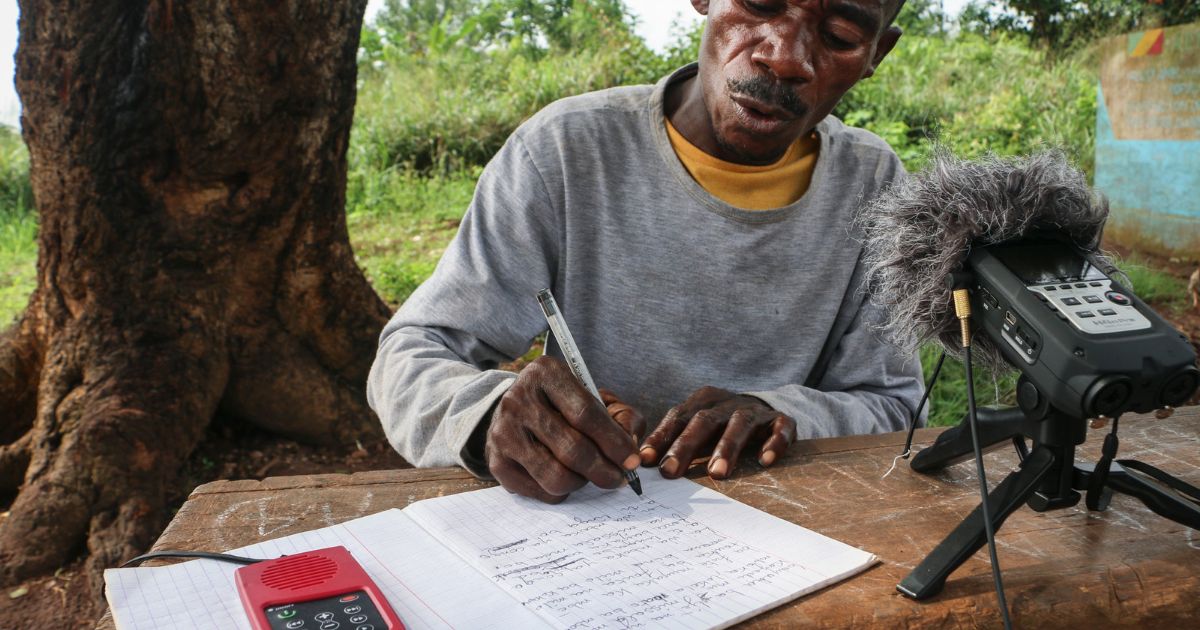 Indigenous communities are among the most marginalised and vulnerable in the world, and their traditional knowledge and cultures are at risk of being lost forever. The United Nations Sustainable Development Goals (SDGs) call for the protection and promotion of cultural and linguistic diversity, as well as the rights of indigenous peoples. One of the most pressing issues facing indigenous communities is the loss of their traditional languages.

Oral languages are not only a means of communication, but also have cultural, historical and spiritual significance. However, many oral languages are in danger of extinction. In Africa, 80 per cent of the 2,000 languages that are spoken do not have a written system. Globally, half of all languages have no writing system. This makes it difficult to preserve and share traditional knowledge and cultures.

This is where digital audio platforms such as Audiopedia come into the picture. Audiopedia is powered by Wikimedia, the same technology that powers Wikipedia, but tailored to audio. As a result, it is a scalable and collaborative platform designed for the participation of indigenous people. Audiopedia can help preserve oral languages and cultures by providing access to traditional knowledge, stories and songs in a digital format. The system is based on digital audio. This makes it an ideal solution for oral languages. It allows oral languages to be easily recorded and shared, giving people access to content even if it is not written.

In addition, Audiopedia can be used to provide vital information on health, nutrition and other important topics in the local language, making it more accessible to indigenous communities. This can play a vital role in improving the health and well-being of these communities. Working with French anthropologists, Audiopedia has already successfully completed an initial project with the indigenous Aka people of the Congo rainforests. The project used music to empower a tribe of nomadic hunter-gatherers with health education and knowledge of their rights. For example, the Aka recorded a song about preventing diarrhoea and local plants that can be used to treat it.

The role of community radio and Audiopedia in supporting indigenous communities

Community radio and Audiopedia complement each other. Community radio can provide a platform for indigenous peoples to share their perspectives and experiences, and for others to learn about their cultures and issues. However, in some remote areas of the world, such as the Amazon, radio signals may not be able to reach communities. Audiopedia is able to fill this gap by providing solar-powered audio players to these communities, enabling them to access the information and content provided by the community radio stations through the Audiopedia platform.

Another advantage of Audiopedia is that digital audio can be accessed anytime, anywhere, whereas radio broadcasting is limited to specific times and areas where the signal can be received. This allows greater flexibility and accessibility for indigenous communities, especially in remote areas where radio signals may not reach. In addition, digital audio players can be solar-powered, providing access to information and resources even in areas without electricity.

The significance of preserving oral languages and cultures for future generations

Indigenous peoples also protect 80% of the world's biodiversity, and their traditional knowledge and cultures play a key role in the conservation and sustainable use of biodiversity. Their traditional knowledge, customs and practices have evolved over centuries and are deeply connected to the land and environment. By preserving and promoting indigenous languages and cultures, we can also contribute to the protection of biodiversity.

In conclusion, providing an 'Indigenous Audiopedia' is an important step towards achieving the SDGs and supporting indigenous communities, their cultures and traditional knowledge. To preserve cultural heritage and support the self-determination of indigenous communities, the conservation of oral languages is crucial. Audiopedia is an effective solution for recording and sharing oral languages, and can be used in combination with community radio and partnerships with organisations like Cultural Survival to advocate for indigenous rights and support self-determination. By using technology such as solar audio players, Audiopedia can reach last-mile communities and ensure that information and resources are accessible to all. By taking these steps, we can work towards the preservation of indigenous languages and cultures and the protection of biodiversity.